In June 2016 GOVIS celebrated its 25th anniversary.  GOVIS started in 1991 when a few Information Systems Managers from small government agencies got together after a seminar one day and found each was looking for a way to communicate with other managers in similar situations.  None of us had any peers in our organisations and so we lacked the ability to discuss our ideas and issues about IT in our agencies with colleagues who understood what we were talking about.

We started holding lunch time meetings that grew into seminars and eventually a conference – all for a rather select group of managers from small core government agencies. We gave ourselves a name GOVIS (Government Information Systems Managers’ Forum).

One of the ideas we had was to work towards bulk purchases of IT gear to provide our agencies with more cost-effective IT services.  This didn’t work out as a voluntary exercise but the idea now has been enshrined in All-of-Government procurement services.

25 years on and GOVIS has changed with the times.  Membership is much broader (even I can join though I’ve been out of government and worked as a consultant for nearly 20 years!), GOVIS is an incorporated society with rules and a constitution and the initial rationale from 1991 has been retained; that is networking, discussion about improving the use of IT in Government.  A further objective “to encourage a common approach to open systems” has been added. Did we even know open systems could exist in 1991?

The 2016 conference had over 200 delegates who were interested in discussing and hearing about views on the theme “Disruptive Innovation” as well as networking over coffee (294 coffees consumed over 2 days), juice (400 over the two days) and no doubt other refreshments (no statistics available!)

I was privileged to attend the impressive conference dinner as one of the founding members of GOVIS. In fact I was blown away by the numbers and the buzz that was obvious before and during the dinner.  I’m so proud to be associated with such a forward looking organisation and look forward to hearing about GOVIS in the coming years. 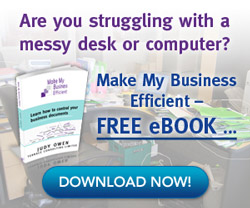